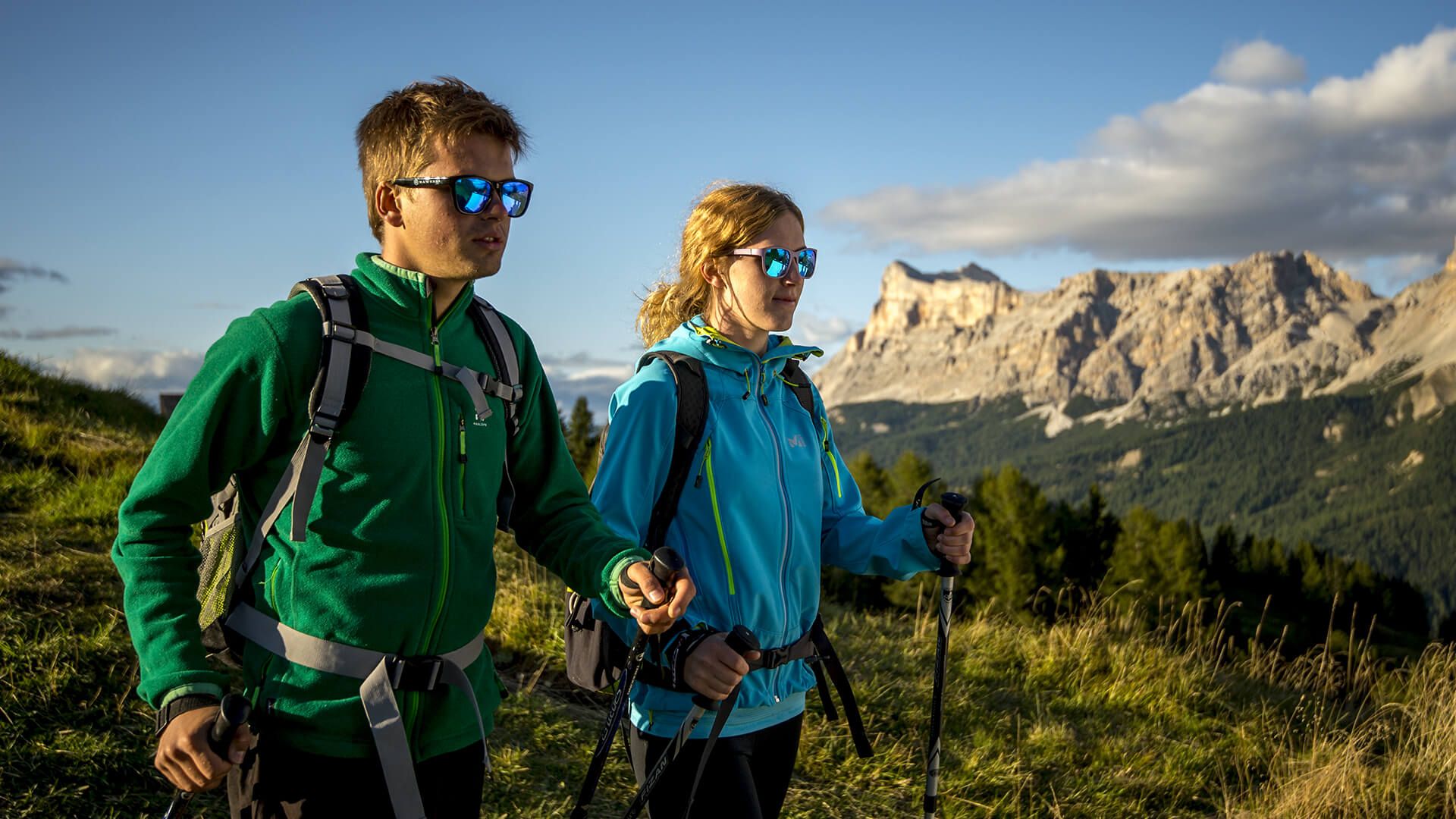 September between minigolf, fitness and cycling the Sellaronda

In the heart of Alta Badia, at Movimënt, the good season continues until 25 September 2016: the plateau, which you can get to by aerial lift, offers games and activities for families, such as minigolf, sport equipment and a marvellous network of paths with views over the Dolomites, to be followed on foot, mountain bike or E-MTB.
Movimënt is also the ideal starting and finishing point of the famous Sellaronda, cycling excursion through four Ladin valleys, amongst breath-taking landscapes.

Still 3 weeks of sun, relaxation and sports to be experienced at Movimënt on the Alta Badia plateau: the aerial lifts – the medium to get to this green oasis away from traffic - will remain operational until 25 September 2016. Mountain pastures as far as the eye can see, paths that look out onto the Dolomites, excitement at 2000 metres above sea level, for families, sport enthusiasts and for those who love mountains or mountain biking. While awaiting to start school again, children can try out the weekly game program, explore nature and have fun in one of the crown jewels of Movimënt: the Bear Park minigolf, at Piz Sorega, created by a local artist with natural and sustainable materials such as stone and wood. This year, two extra holes have been inaugurated to make the "bear" themed circuit even more special: from one hole to the next, players get closer to the habitat of the brown bear, until they reach its den.

September is also the perfect month for mountain sports: Movimënt boasts an excellent network of paths for Speed Hiking, rapid walking at a fast pace, which strengthens resistance and improves oxygenation. Those who want to train for running can find the perfect challenge: at Piz La lla there is an area dedicated to Fit For Run, with exercises for warming up, stretching and for increasing speed and strength.

At Piz La lla and at Piz Sorega you can find special equipped areas for Open air fitness, in particular machines for cardiovascular training and for muscle toning, handle bars and other tools for targeted exercises, to try out while being immersed in the mountains. Those who cannot wait to get back on their skis can get ready to get down a slope thanks to Trick Ski, the Active Park at Piz La lla: a program of obstacle racing, press-ups and sit-ups to strengthen the muscles, and a track with timing detection to test your reflexes as if in a full-blown slalom competition.

Another of the main reasons to visit Movimënt is mountain bikes and E-MTB, queens of the plateau. In the limelight, a circuit that is the dream of every biker: the Sellaronda. One of the most beautiful tours of the Alps, around the spectacular peaks of the Dolomites and the Sella massif. In winter, it can be tackled with skis, but in the summer, you can just get on a bike and set out on this great adventure.
With the Supersummer Card one can take the aerial lifts and speed along the paths through the four Ladin valleys (Alta Badia, Arabba, Val di Fassa and Val Gardena), admire the mountain passes and the thousand colours of nature. A tour of around 70 km, 1800 metre difference in height, which can be done in a day, both clockwise and anticlockwise.
One can start from Corvara, one of the towns that skirt the plateau, and hire an E-MTB: ideal also for shorter tours, along the dozens of kilometres of dirt road, suitable for the entire family, between woods and meadows. At the end of the day, you hand the bike back at the most convenient station in the Movimënt area (in addition to Corvara, at the sharing points at Col Alt, Piz La lla, Piz Sorega and in the town of La Villa).