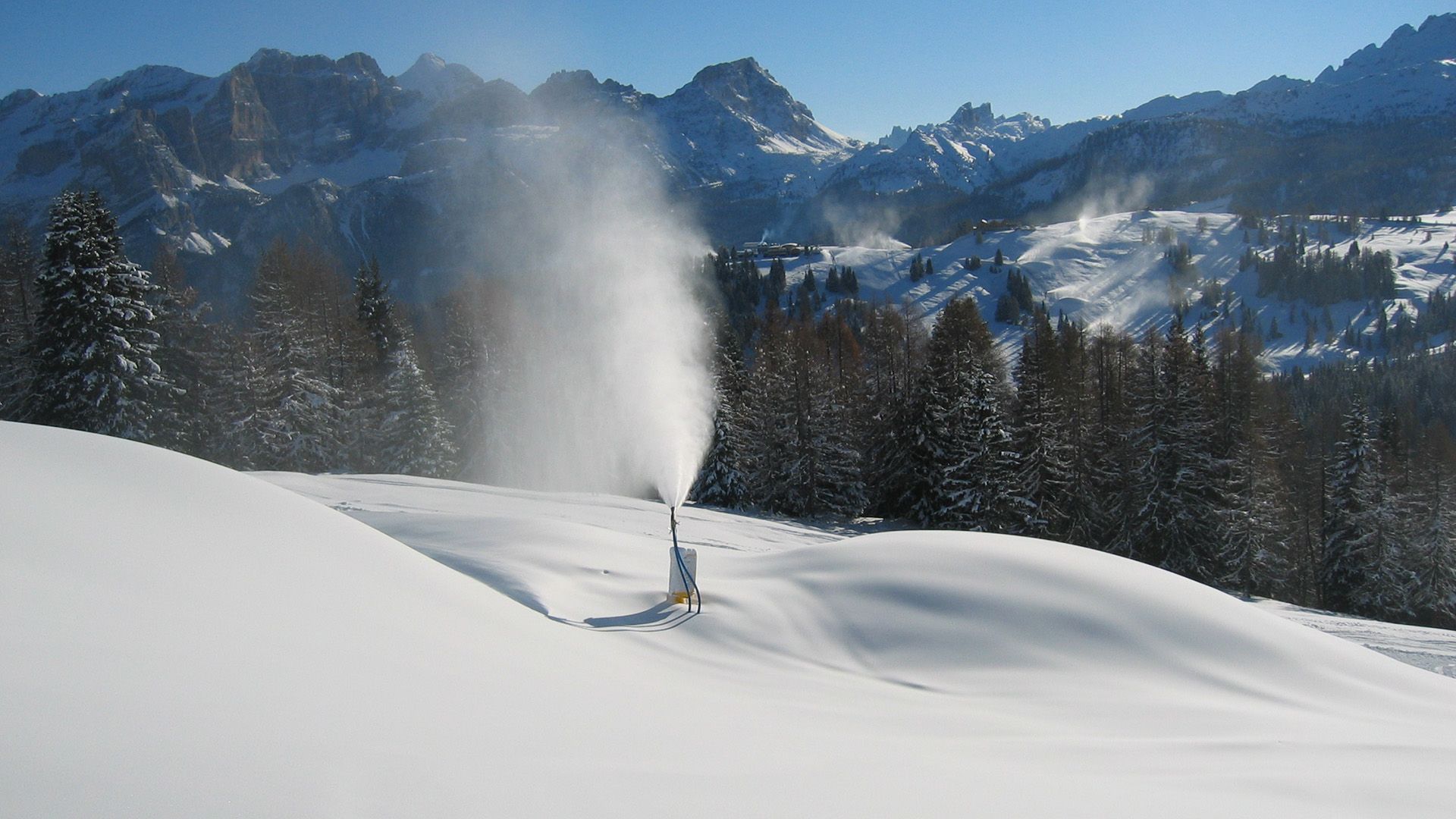 THE ARTIFICIAL SNOW
IN THE SKICAROSELLO AREA

WHERE DOES SNOW COME FROM?

Snow forms in the clouds in the upper atmosphere, where tiny particles of water at very low temperatures begin to clump together to form the classic crystals that make up snow. As these crystallised micro particles get heavier, they fall to the ground.
As they fall, depending on the different temperatures in the atmosphere, more crystals can attach themselves to form bigger snowflakes.

The same principle applies to making artificial snow. The water is pumped into the snow cannons at a specific pressure to then be atomised by a jet of air. At temperatures below freezing, the tiny water droplets turn into snow crystals on the way from the cannon to the ground.

Alta Badia has one of the biggest artificial snow-making networks in the Dolomiti Superski region: a total of 620 snow cannons covering over 100 km of slopes, more than 90% of the slopes in the area. In winter 2016/17, more than 2,000,000 square meters of snow were produced.

To optimise the production of artificial snow, the Skicarosello Consortium uses software for monitoring and controlling all the snow cannons in the area.

Thanks to special tablets, this technology enables operators to monitor all the machines in operation and the underground pipes and detect problems, thus avoiding wasted energy or water. The operator can also turn off or activate the machines directly from the tablets, even if they are not on site.

Thanks to the newly built reservoir at "Col Alt" and "La Brancia", in periods of light snowfall, snow cannons can be operated at milder temperatures and thus improve the grooming of many slopes in the area, ensuring they can stay open.