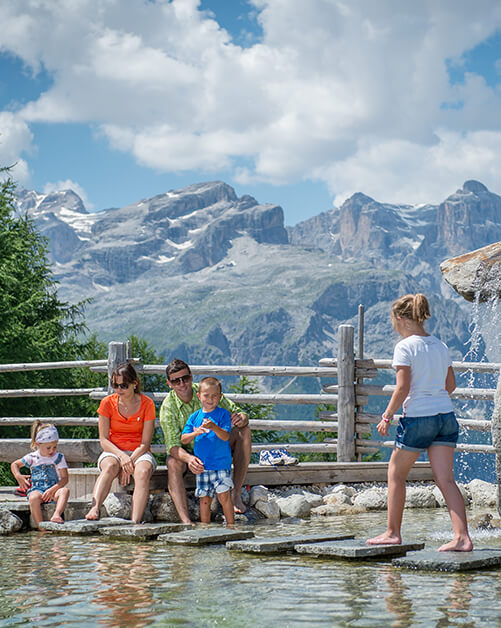 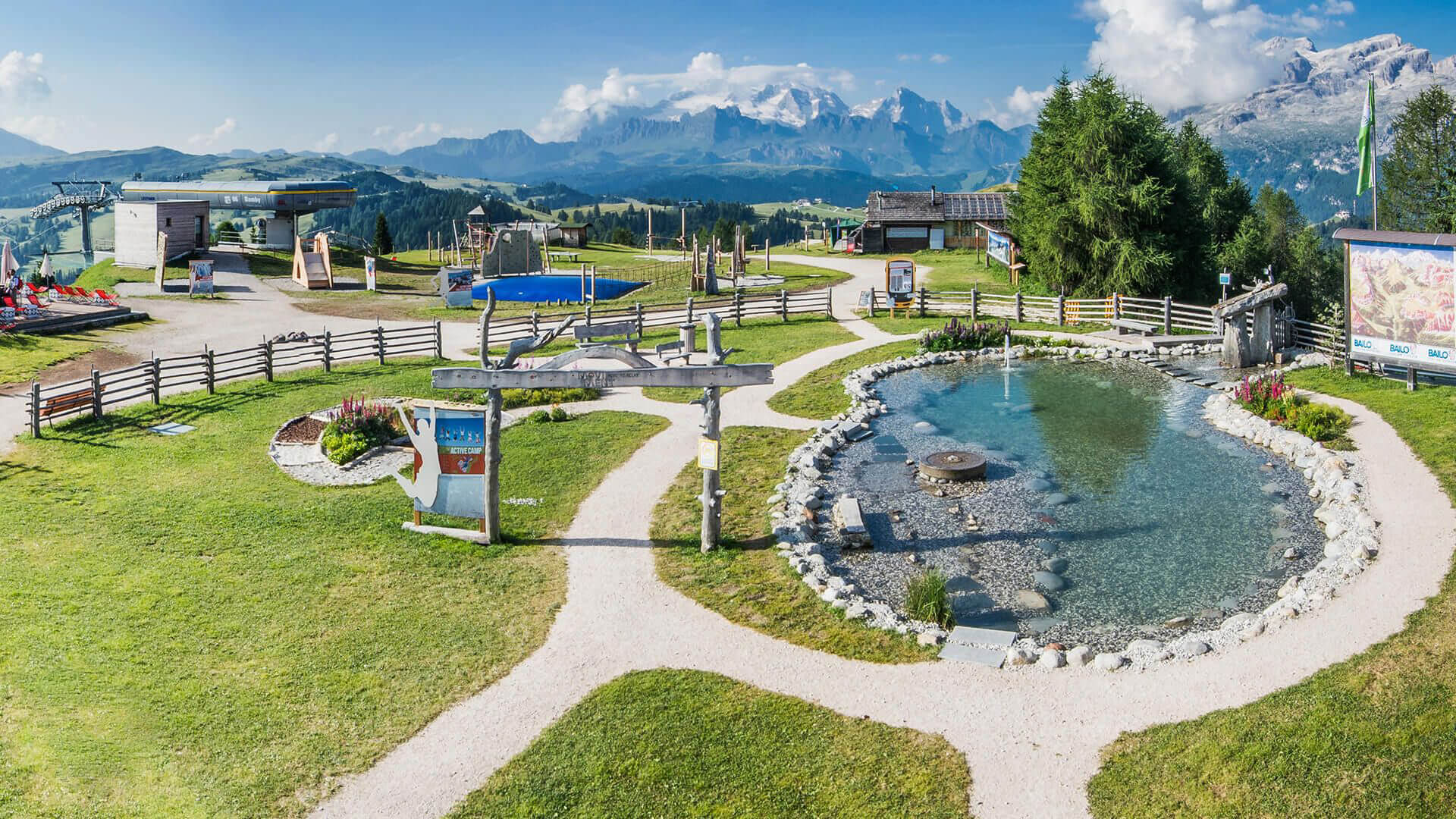 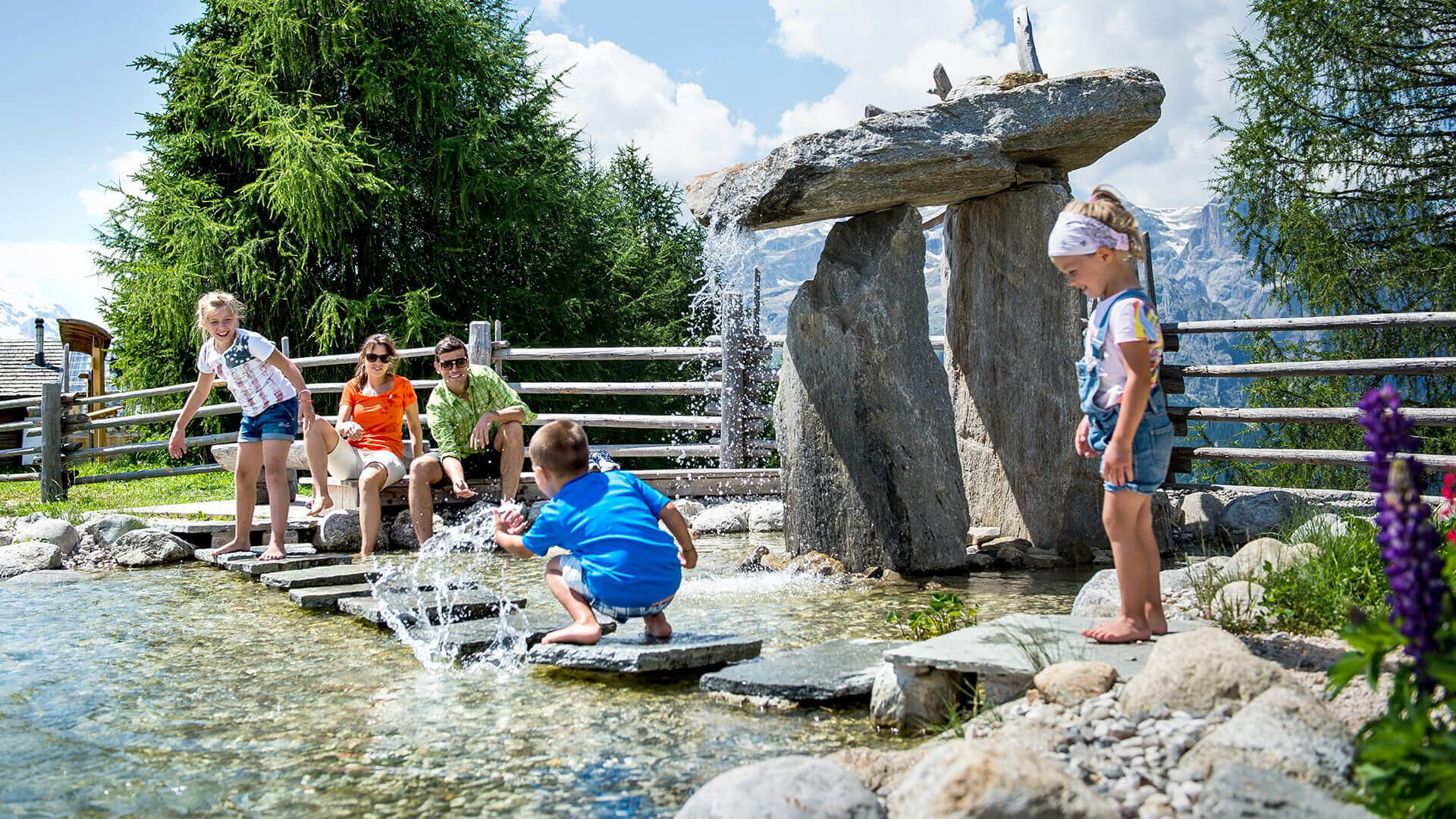 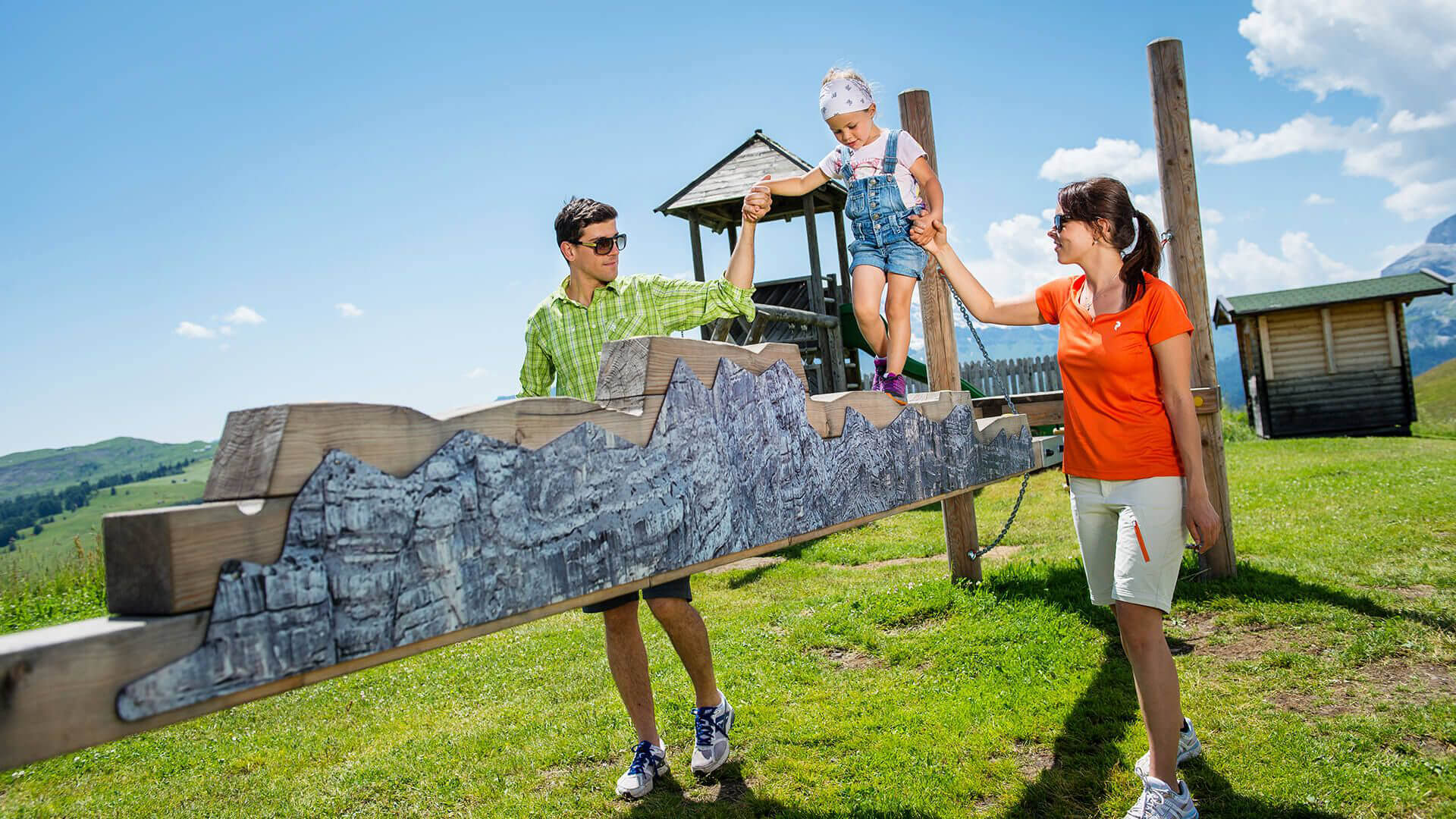 The Piz La Ila Active Park is suitable for the whole family with games and activities for children and adults.

Keeping fit first of all means feeling good about ourselves and the people around us. In the Piz La Ila Movimënt park, easily accessible by the cable car from Piz La Ila to La Villa, you'll find just the right balance between physical effort and peace of mind. There are areas dedicated to sports and entertainment combined with relaxation and reflexology areas, you won't want to leave this delightful plateau of Alta Badia.

The climbing walls are ideal for children of all ages to take the first steps in climbing. The walls offer different exercises for balance and strength, for all levels of difficulty.

Then there's the area set up to prepare for the winter season, where you can run between the posts and use the fitness equipment to strengthen your legs and abs. It's the ideal way to tone your muscles and get in tip top shape for the ski slopes of Alta Badia, first of all the mythical Gran Risa, star of the now historic World Cup men's skiing, which takes place right under the Piz La Ila park. Lovers of jumps and stunts will love the giant Air Bag, where you can try out your most daring tricks and feel like a real freestyler.

In the middle of the park there's a slackline zone, a game of balance that's catching on all over the world, with varying degrees of difficulty and height.

At Piz La Ila Active Park you can't miss the large relaxation area with a small lake and a waterfall as well as Kneipp reflexology paths. Relax and listen to the nature that's all round the Movimënt park.

From the Piz La Ila park you can quickly and easily reach the other Movimënt parks at Piz Sorega and Pralongià on foot or by e-bike.