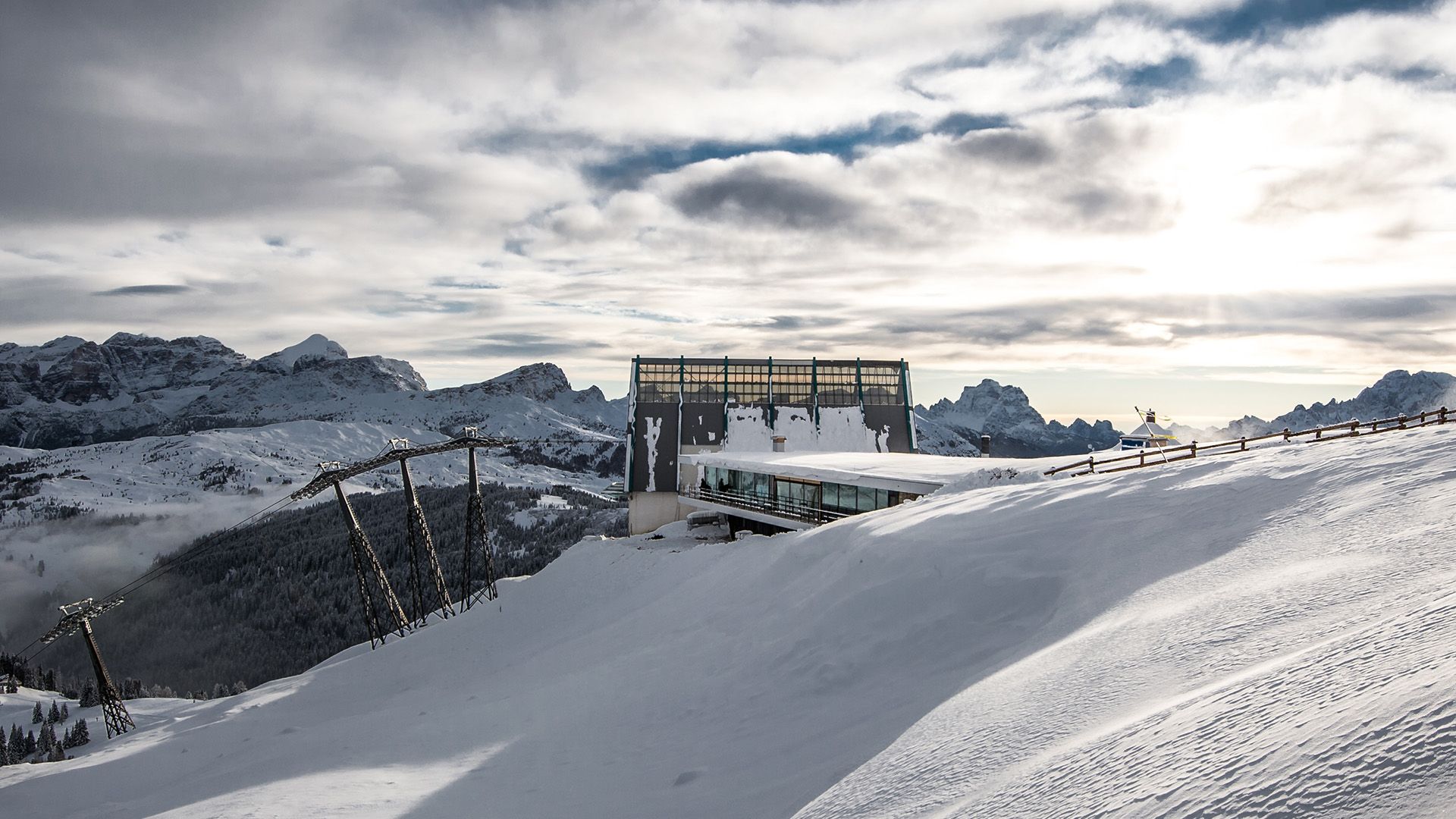 One of the main ski lifts in Corvara, the Boè gondola, carries skiers and mountaineers from Corvara to Piz Boè. It is part of the Sellaronda circuit and is one of the historic ski lifts of the Skicarosello – Alta Badia.

The Boè was built in 1972 and was a major project, as it linked with Arabba and higher up with what was later to become the famous Sellaronda, in this case for the clockwise route. Initially, it was a cablecar with two cabins: when one went up, the other went down to the valley. The individual cabins could hold 55 people and were able to carry approximately 550 people per hour up the mountain. At the time, the ascent using the Boè lift lasted 4 minutes 22 seconds.

In 1992, the cablecar was completely renovated. The stations at the top and bottom, the load-bearing supports and the cabins were replaced by a modern ski lift facility with the typical, pyramid-shaped stations and cabins in the shape of an egg, each carrying 12 people.

In 2012, the cablecar was replaced once again: new, yellow, gondola cabins with an hourly capacity of approximately 3,00 people against the 2,200 of the previous cabins and part of the two stations. The number of cabins also changed: from the 74 in service from 1992 to 100, increasing capacity by about 36%.

The Boè also gives access to the Vallon area which can be reached by a modern two-seater chairlift. The descent from the station above Vallon down to the valley of the Boè is over 5 km long with a height difference of 1050 m, a unique run of its kind in the entire Alta Badia.

In summer, you can find numerous mountain climbs, as well as walks and excursions of varying difficulty up to Vallon. From 2015, there will be a new attraction, the Dolomites Faces which, with a bit of patience and concentration will allow you to glimpse the faces of some of the characters in the Ladin and Alto Adige legends.