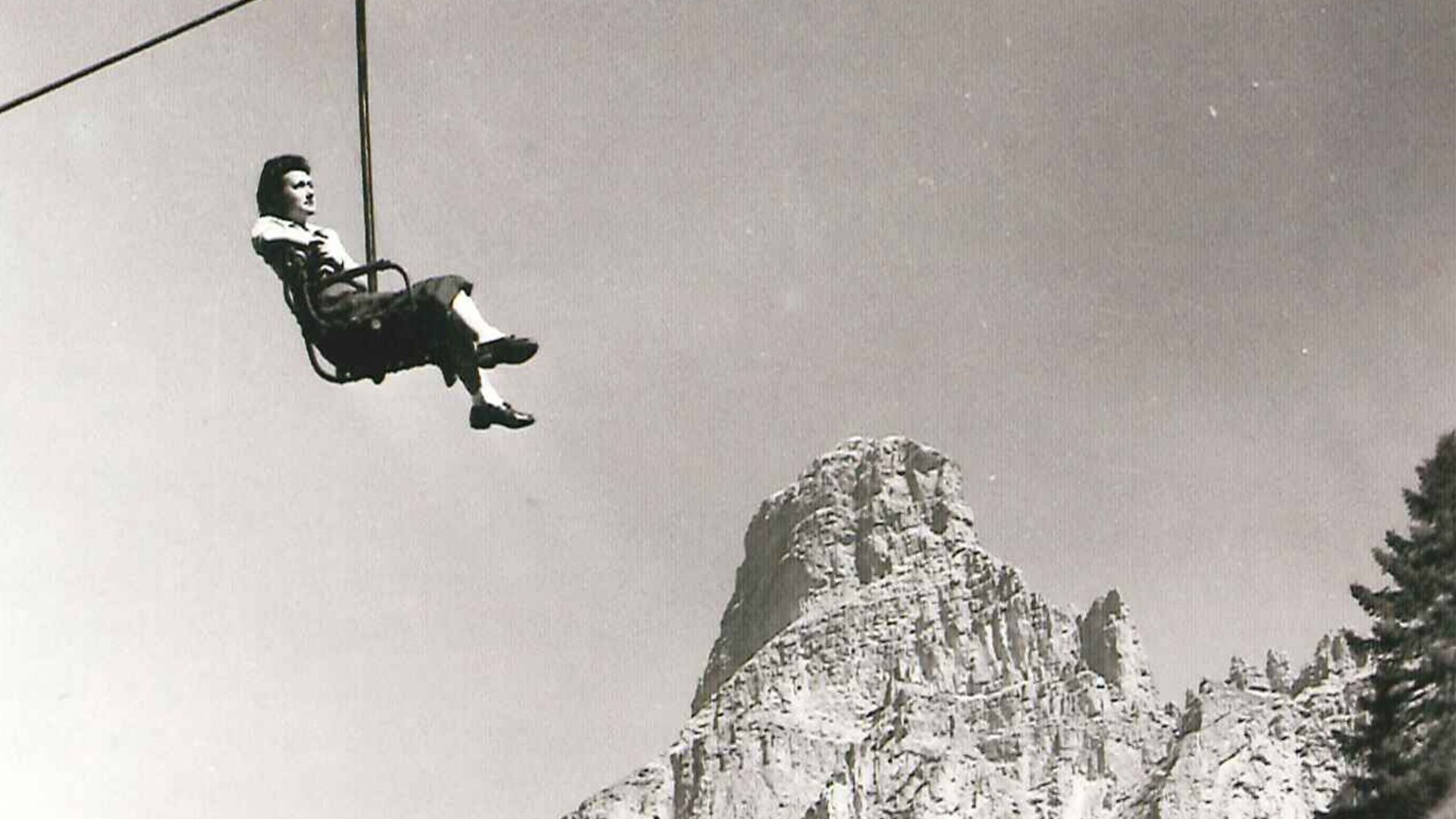 The Col Alt ski lift is of particular importance not just for Alta Badia. It was actually the first ski lift in Italy, built way back in 1946. Already in 1938, a primitive, but functional sledge lift was built to carry the first intrepid skiers to the top of Col Alt, the col which is the symbol of Corvara. However, it was unfortunately knocked out of service by the Second World War.

Here are some historic photos of the Col Alt ski lift.

This first single seater chairlift gave tourism the go-ahead in Alta Badia and resulted in a demand for beds, restaurants and shops. Thus, Corvara and subsequently all the other villages in Alta Badia became tourist resorts, bringing benefits for everyone. Col Alt was followed by the construction over the following years of all the other ski lifts in the Skicarosello area and in Alta Badia, thus creating what is currently one of the largest and most loved ski areas in Italy.

From Col Alt you can reach all the ski lifts and pistes in Alta Badia, and in summer it is an easy departure point for simple, peaceful walks. At the station above Col Alt there is a Rental Point Movimënt, where you can hire pushchairs, MP3 players to listen to the Ladin legends and above all the E-MTBs for relaxing bike rides.