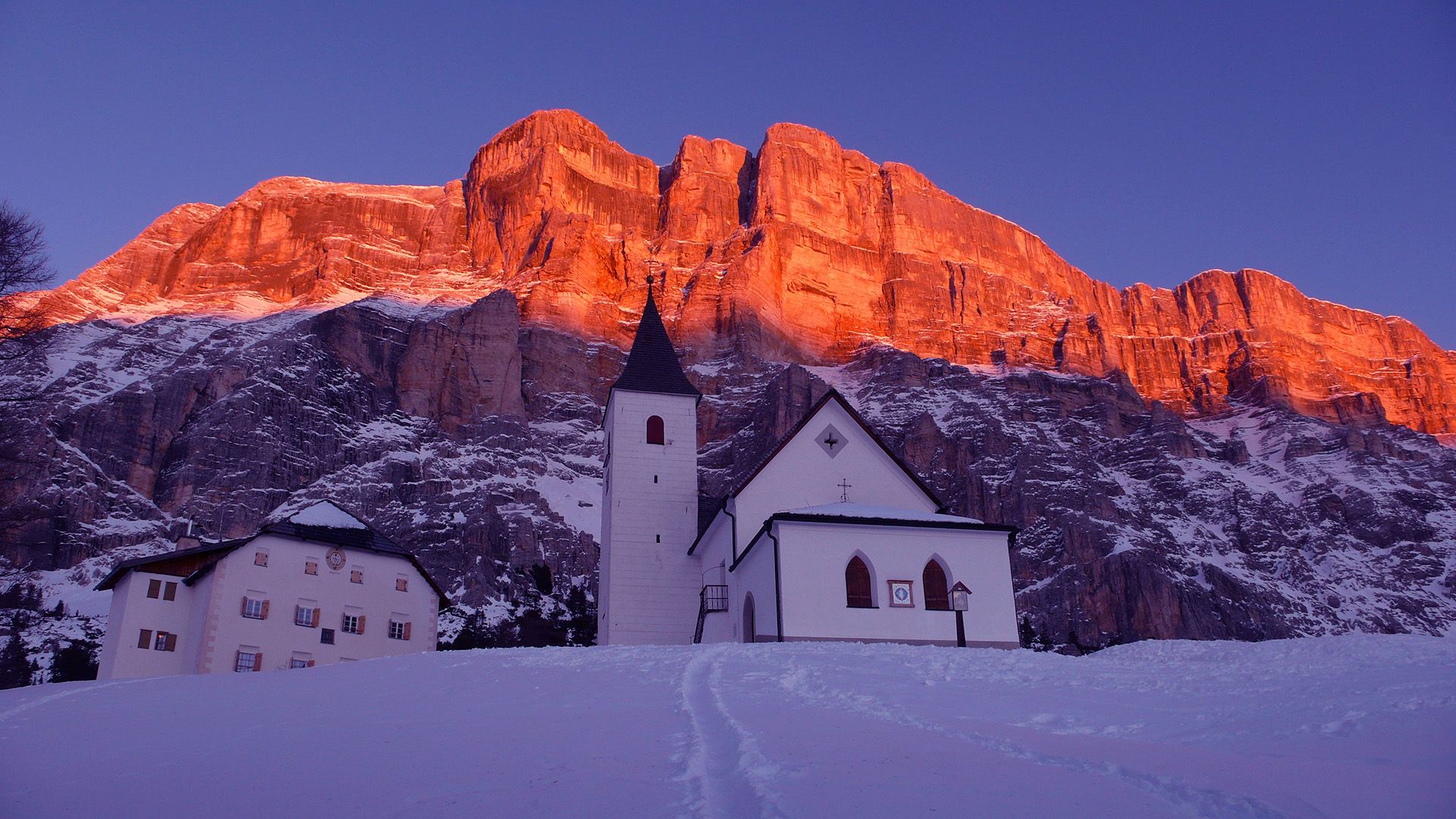 Come have a close look at this wonder, I beg of you, without a doubt one of the most beautiful, powerful and astonishing gifts from our planet… Are they rocks or clouds? Are they true or the products of a dream?

In addition to Dino Buzzati, other great men, such as Goethe, the architect Le Corbusier and the mountaineer Reinhold Messner from Alto-Adige have extolled the Dolomites as the most beautiful example of natural architecture.

Their beauty and geological, botanical and landscape diversity led the Executive Committee of the UNESCO Word Heritage Convention meeting in Seville to declare the Dolomites a Natural World Heritage Site on 26 June 2009. These mountains began over 250 million years ago as a coral reef. The wind, water, ice and thousands of years' history have shaped them into what they are today, the world's most beautiful mountains.
The Dolomites, also known as the Pale Mountains thanks to a legend , are part of the Italian Eastern Alps and lie in the provinces of Belluno, Bolzano, Trento, Udine and Pordenone.

The Dolomites take their name from the French naturalist, Déodat de Dolomieu (1750-1801), who was the first to study the special type of rock which predominates in the region. Named "Dolomia" in his honour, it consists mainly of the dolomite mineral, a double carbonate of calcium and magnesium. The chemical composition of the rocks gives rise to the phenomenon of the Enrosadira, due to which the white rock of the Dolomites turns deep red at sunrise and sunset.

The name "Dolomites" first appeared only in 1837, in a guide book which described a mountainous region including the valleys of Fassa, Gardena, Badia, the Val Pusteria and the Venetian Alps. "The Dolomite Mountains", the account of a journey by two English naturalists, John Gilbert and G. C. Churchill was published in 1864. The book first introduced the name in Europe.

Numerous species of mammals and rodents live in the Dolomites. These include the roe deer, red deer, chamois, ibex, wild boar, marmot, squirrel, badger, polecat, mole, fox, hare, the dormouse and the hedgehog. The very rare otter has recently returned. On the other hand, some areas are home to the brown bear, the lynx and the wolf.

Some of the highest peaks in the Dolomites are the Marmolada glacier, the Antelao, Tofana and Cristallo.