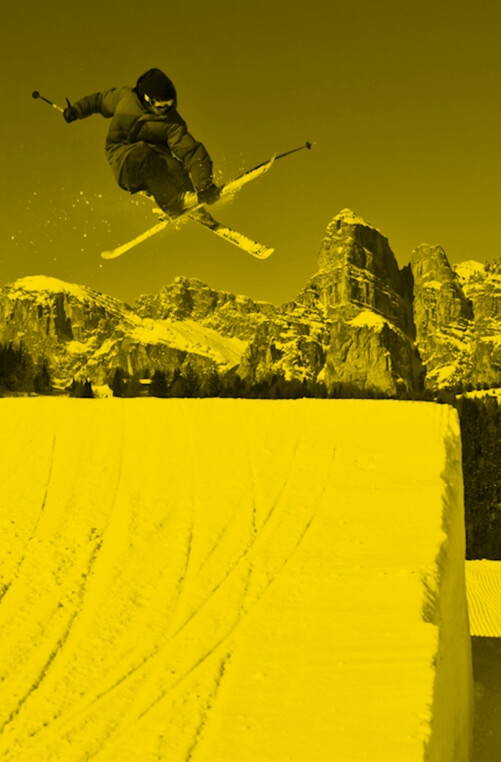 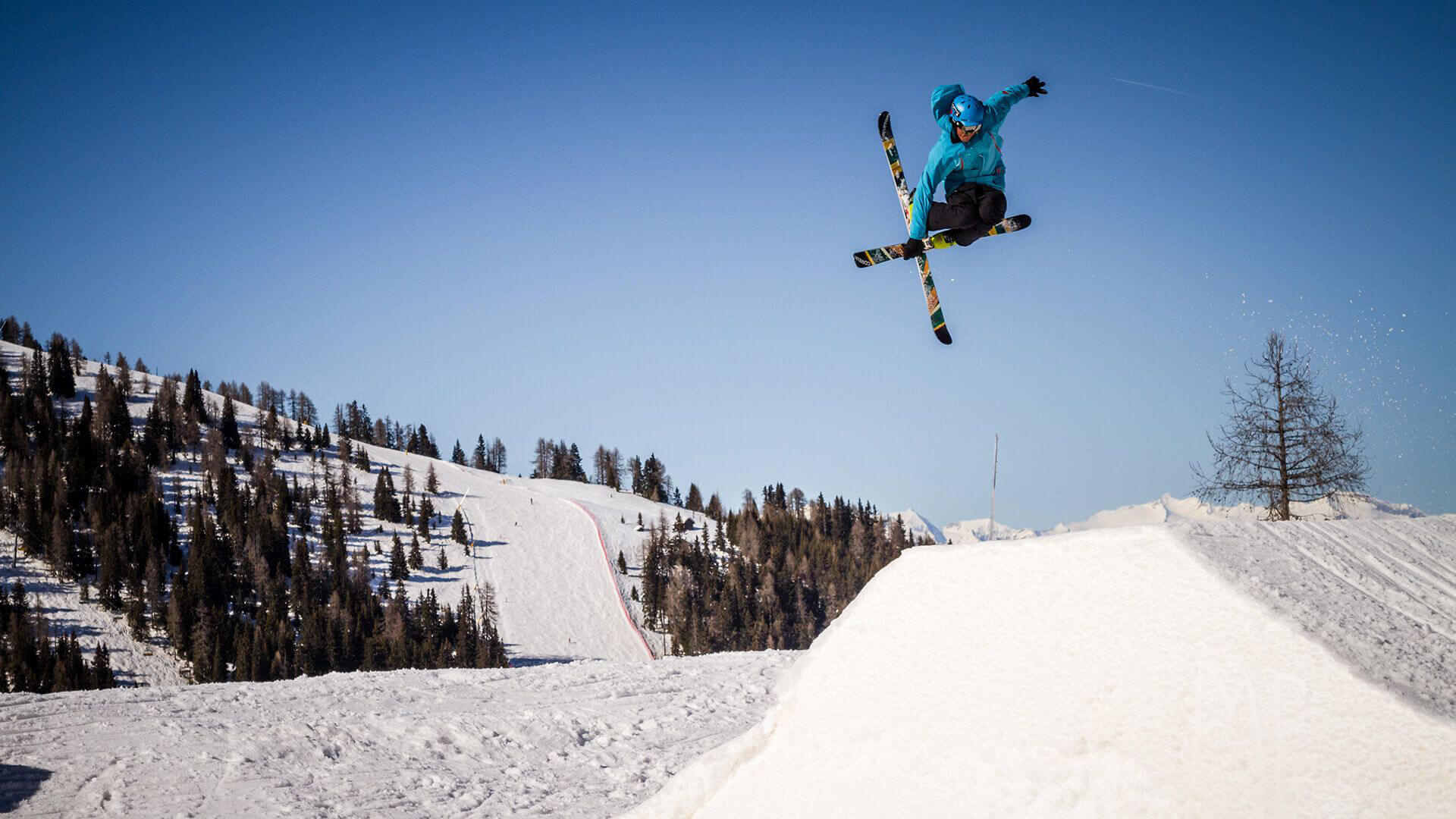 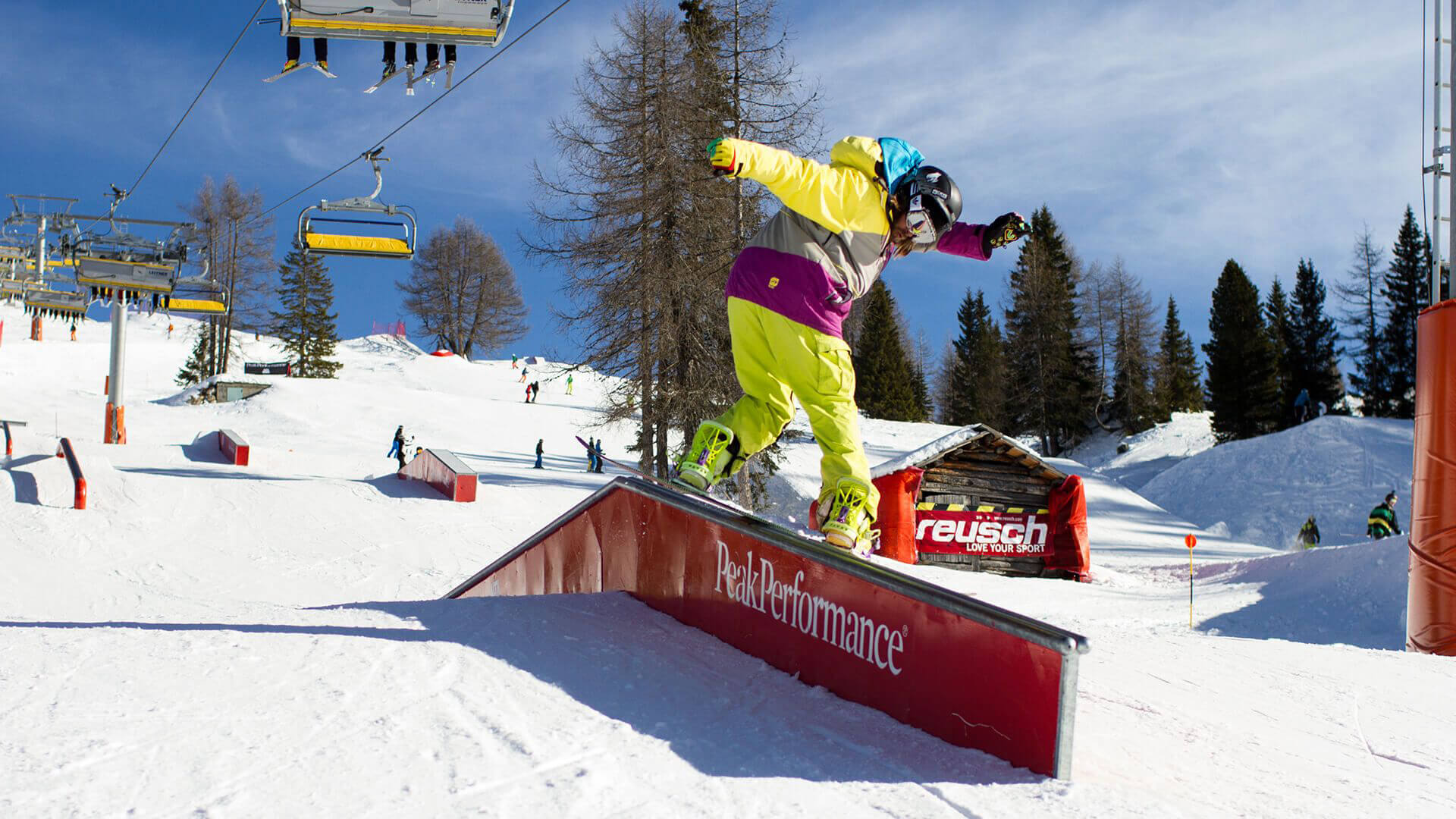 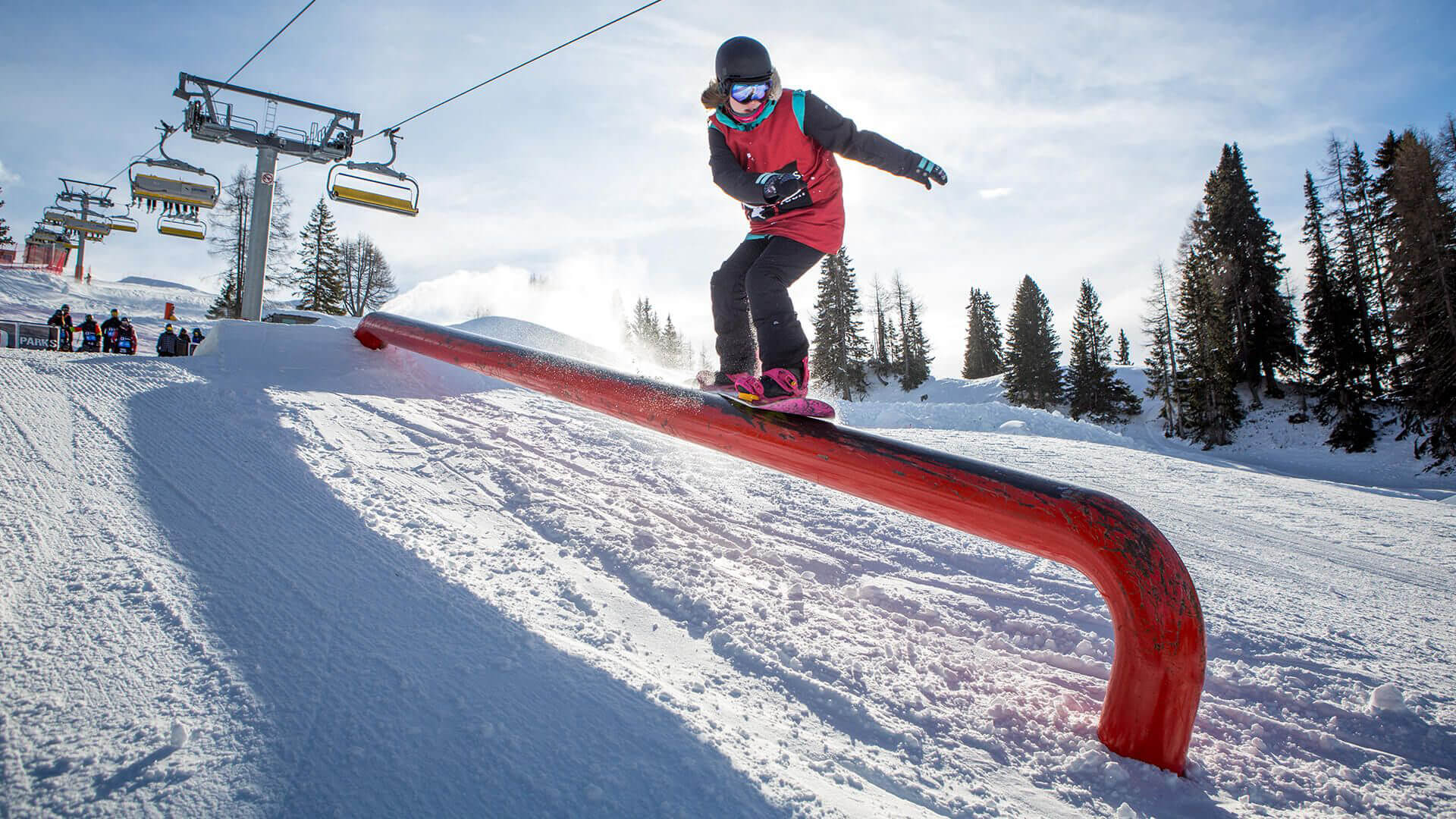 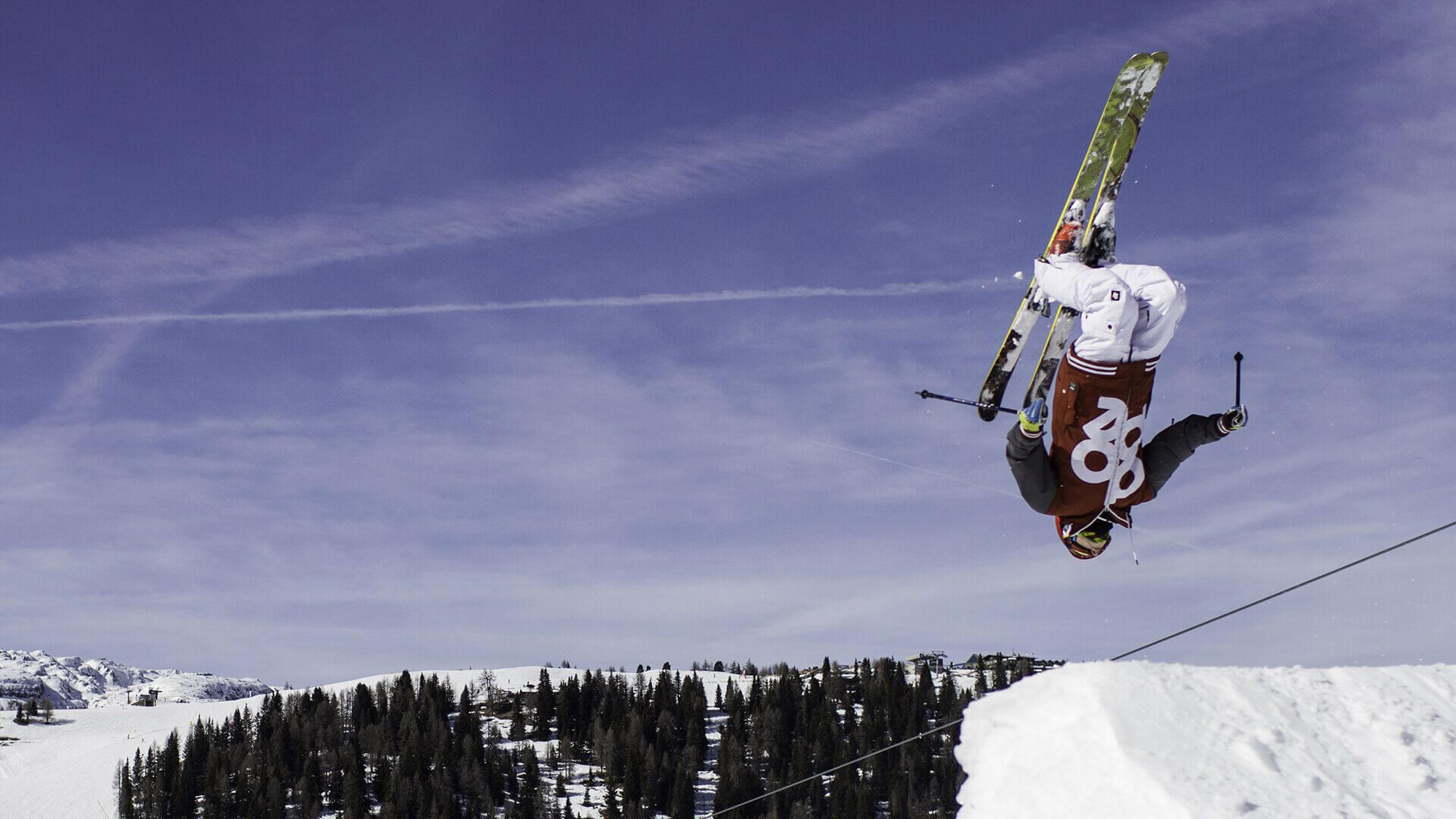 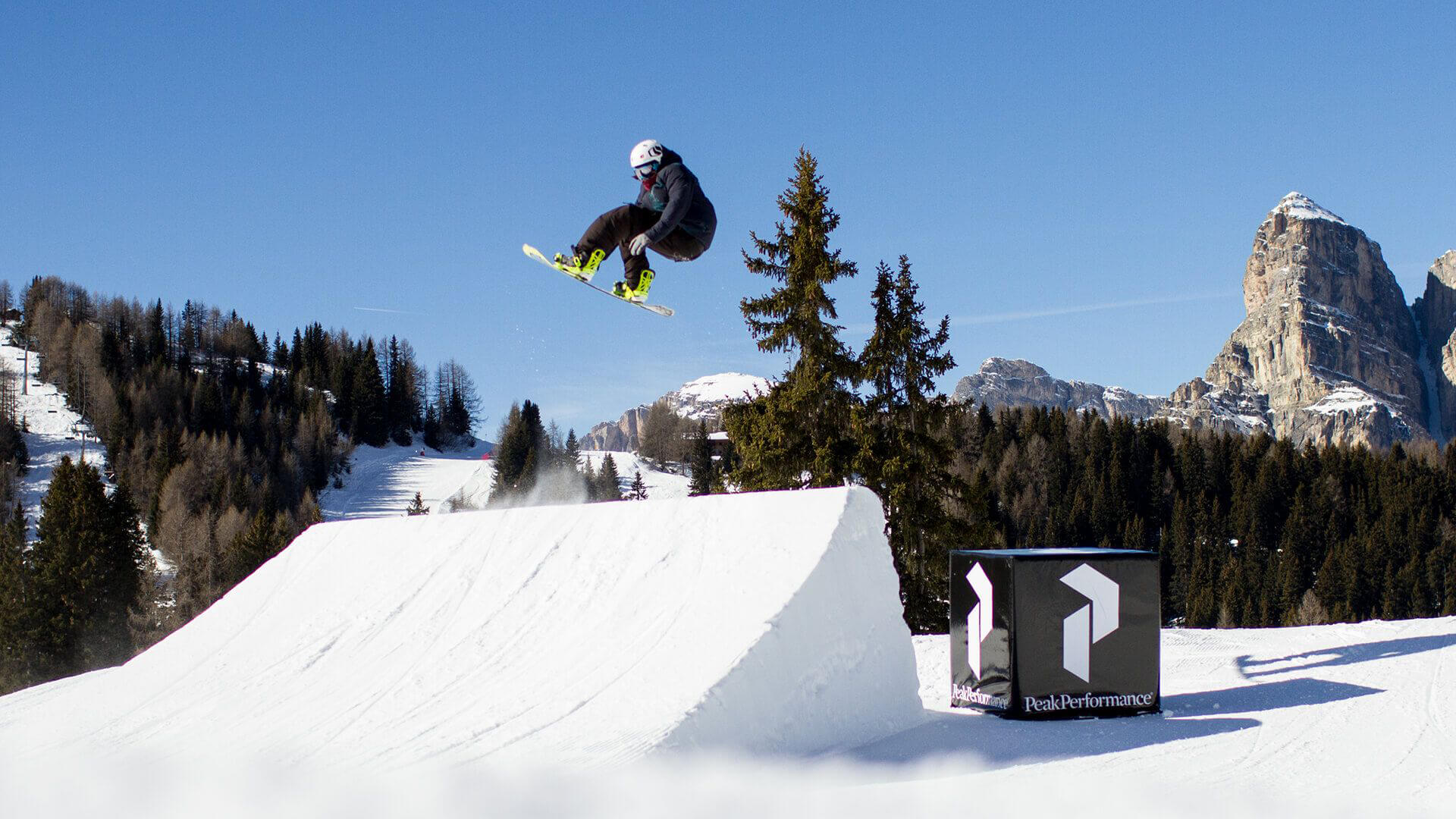 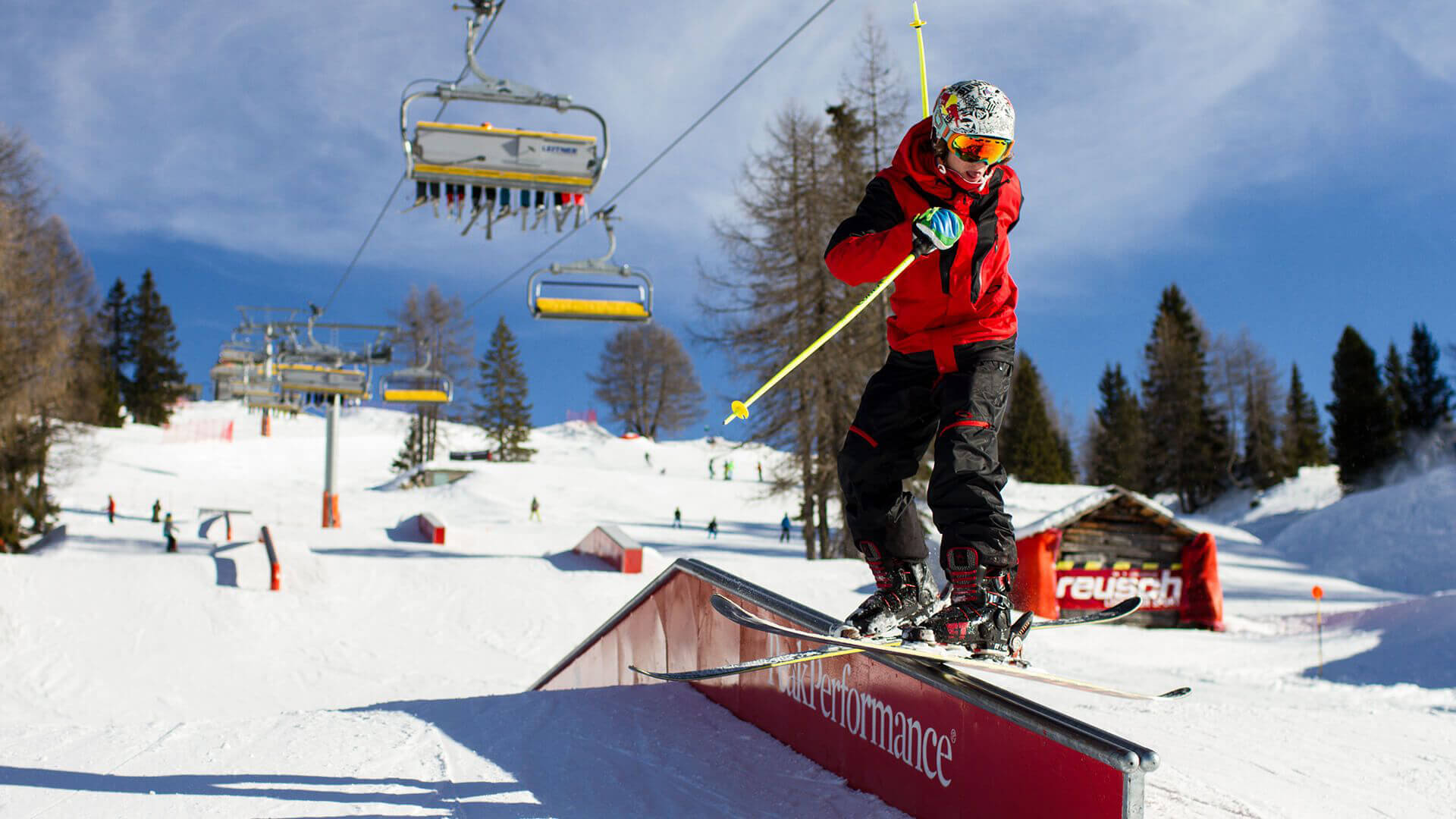 
Freestyle is one of the most spectacular winter sports. It can be done either on freestyle skis, which are wider than classic alpine skis and bidirectional, that is, with both ends curved upwards, or on a soft snowboard.

Freestyle involves performing manoeuvres, also called tricks, using the shape of the ski slopes or on specially prepared structures, such as halfpipes and snow parks, with railings and other platforms. In the Movimënt area, you can practise freestyle in the superbly equipped Alta Badia Snowpark, which is professionally maintained by our crew, who monitor the condition of the attractions, improving the jumps and snow structures where necessary to ensure the highest standard of quality.

During the summer, Movimënt created a giant air bag for children and adults in the Piz La Ila Active Park, where you can train for the winter season and go wild with complex, imaginative jumps and tricks in complete safety!

The freestyle discipline is not to be confused with freeriding, which consists in descending an ungroomed slope, almost off-piste in the fresh snow.