HOW DID THE IDEA OF MOVIMËNT BEGIN? 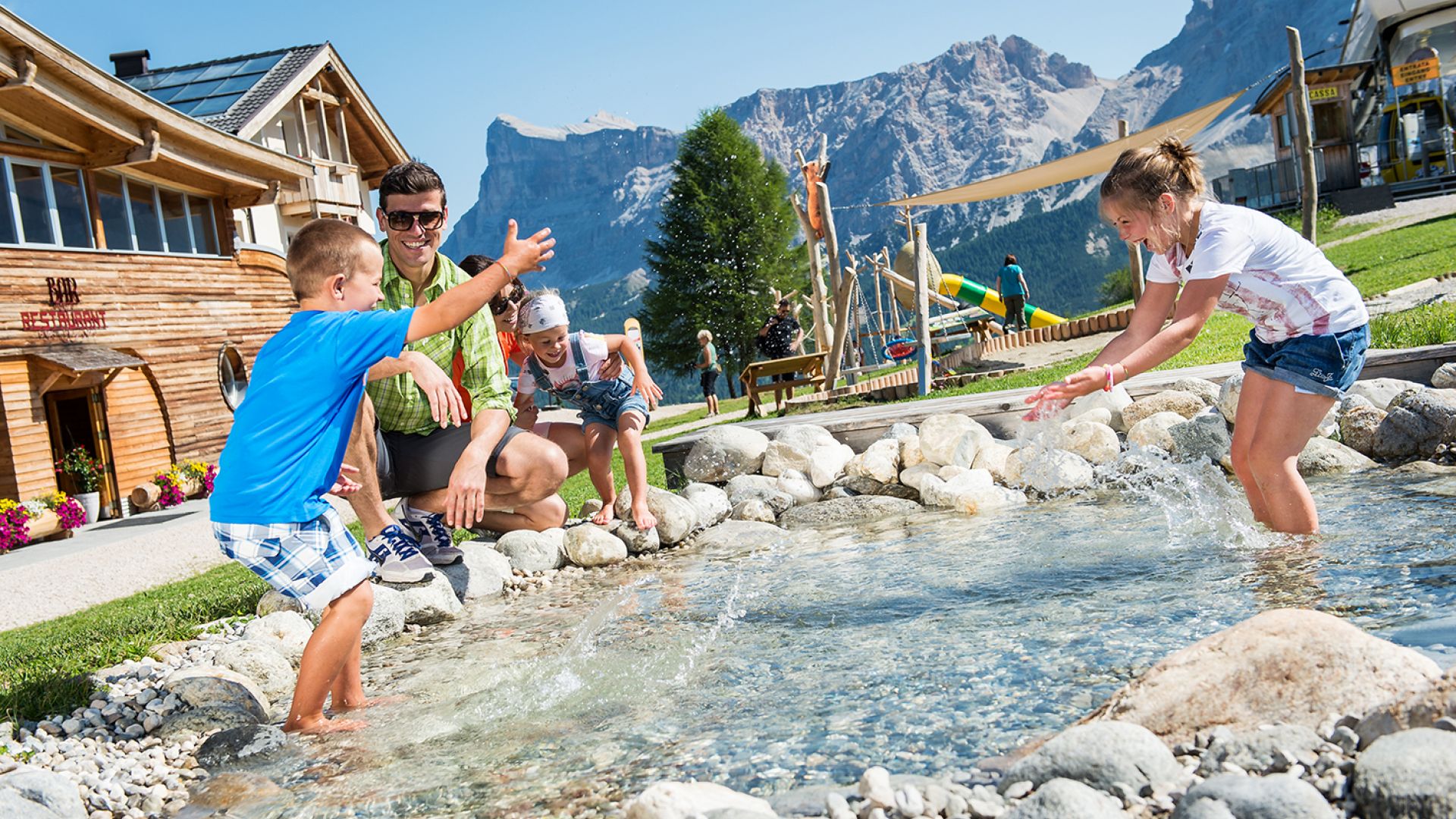 HOW DID THE IDEA OF MOVIMËNT BEGIN?


The first Movimënt Park was built at Piz La Ila in 2011. The park consisted of a simple, natural lake, waterfall and a walk, also used as a Kneipp path. Subsequently, it was extended and games, rock climbing walls, slack-lines and fitness equipment suitable for all ages were added.

New parks after the first of Piz La Ila

In 2012, Movimënt parks were built at Piz Sorega and Pralongià. Parks intended first and foremost for children to enjoy. In fact, the parks have been designed to discover nature, its secrets and its curiosities.

2012 also saw the addition of high level E-MTB Sharing at the Col Alt, Piz La Ila and Piz Sorega stations, the Geocaching path between Piz la Ila and Piz Sorega and the hire of MP3 players to listen to Ladin legends whilst following a well-marked path.

An idea that suggested from nature

Andy Varallo, creator of the Movimënt project and director of the Skicarosello Consortium, tells us how this area dedicated to sport, fun and relaxation began.

"The idea of Movimënt began a few years ago, as I was walking on Piz La Ila one spring day towards the end of May. The peace and calm was out of this world, and I thought that the plateau between La Villa, Corvara, San Cassiano and Pralongià could be the ideal place to enjoy the beauty of the Dolomites, even more so in summer than in winter. A unique place to take part in sports activities, where young and old can play, have fun and relax."

Movimënt, which is the Ladin for movement, never stands still. Each year sees so many new things in summer and in winter!