LADIN LEGENDS - AMIDST HISTORY AND MYTHS 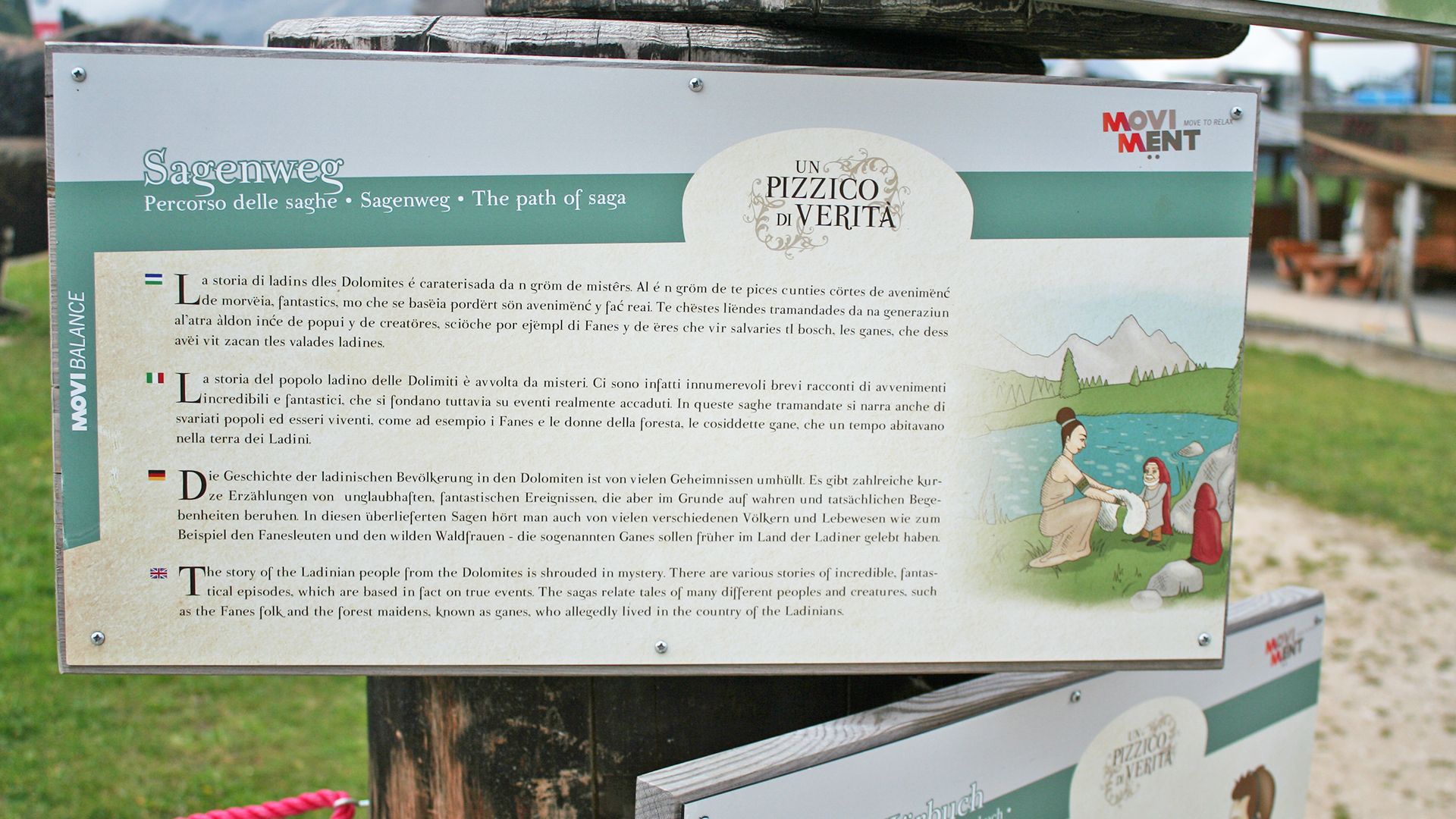 LADIN LEGENDS - AMIDST HISTORY AND MYTHS

A rich collection of popular tales and legends, which have been handed down orally from generation to generation, from father to son. In fact, in the past, Ladin families used to spend a great deal of time at home, especially during the cold winter months. La "stüa" (Stube, practically the living room of the home) was the only heated room in the old mountain farmhouses of the past and families would gather around the "fur", the stove, to embroider, spin wool, mend work tools and darn the few clothes they had. During those long days, they would tell legends and mythical tales.

At the end of the 19th century during a journey in the Val di Fiemme, Karl Felix Wolff, an Austrian journalist, writer and anthropologist, fell in love by chance with the tales told by an elderly lady and began to study these imaginary stories, born amidst the Dolomites. He went on long pilgrimages among the Ladin valleys in search of storytellers who could tell him all the existing Ladin legends. During those years, he collected stories and accounts in his writings, seeking to bring back to life a cultural heritage which would otherwise have been lost.

More recently, the Uniun di Ladins has also collected and treasured Ladin legends and stories, and published books and studies which are still used in Ladin schools today.

Ladin legends tell of mystical figures, knights, princesses, witches, ogres and goblins, who used to live in the Dolomites and who interacted with the Ladin people. Events which seem very close to reality, which are witness to the relationship between man and nature during ancient times, in which living in the mountain was not as simple as it is today.

Even today, many places and locations in the Ladin valleys bear the name of the characters from Ladin legends. One of the most famous is without doubt Falzarego, which comes from the Ladin Fàlza Régo, or false king. It refers to one of the main characters in the saga of the "Kingdom of the Fanes", whose legendary sovereign was supposed to have usurped the throne from its legitimate heir and who was then turned to stone for having deceived his people.

At the Rental Points Movimënt above Piz La Ila, Piz Sorega, Col Alt and at the Braia Fraida ski lift, you'll be able to hire MP3 players with the Ladin legends and listen to all the magical tales of the Ladin tradition.