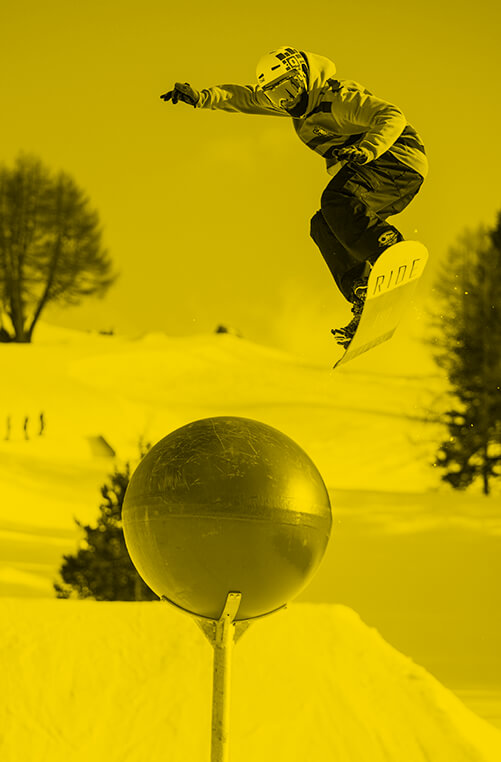 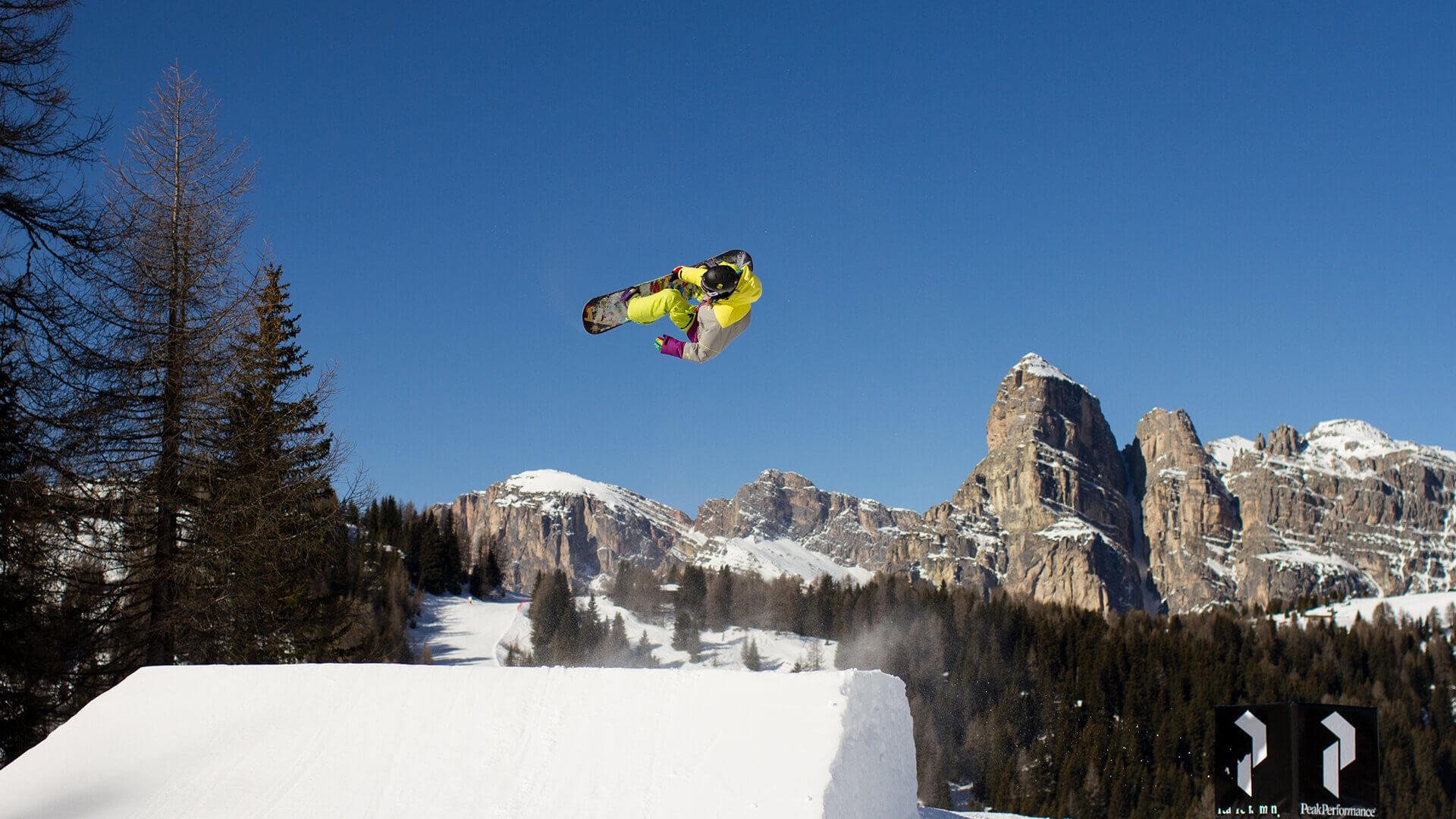 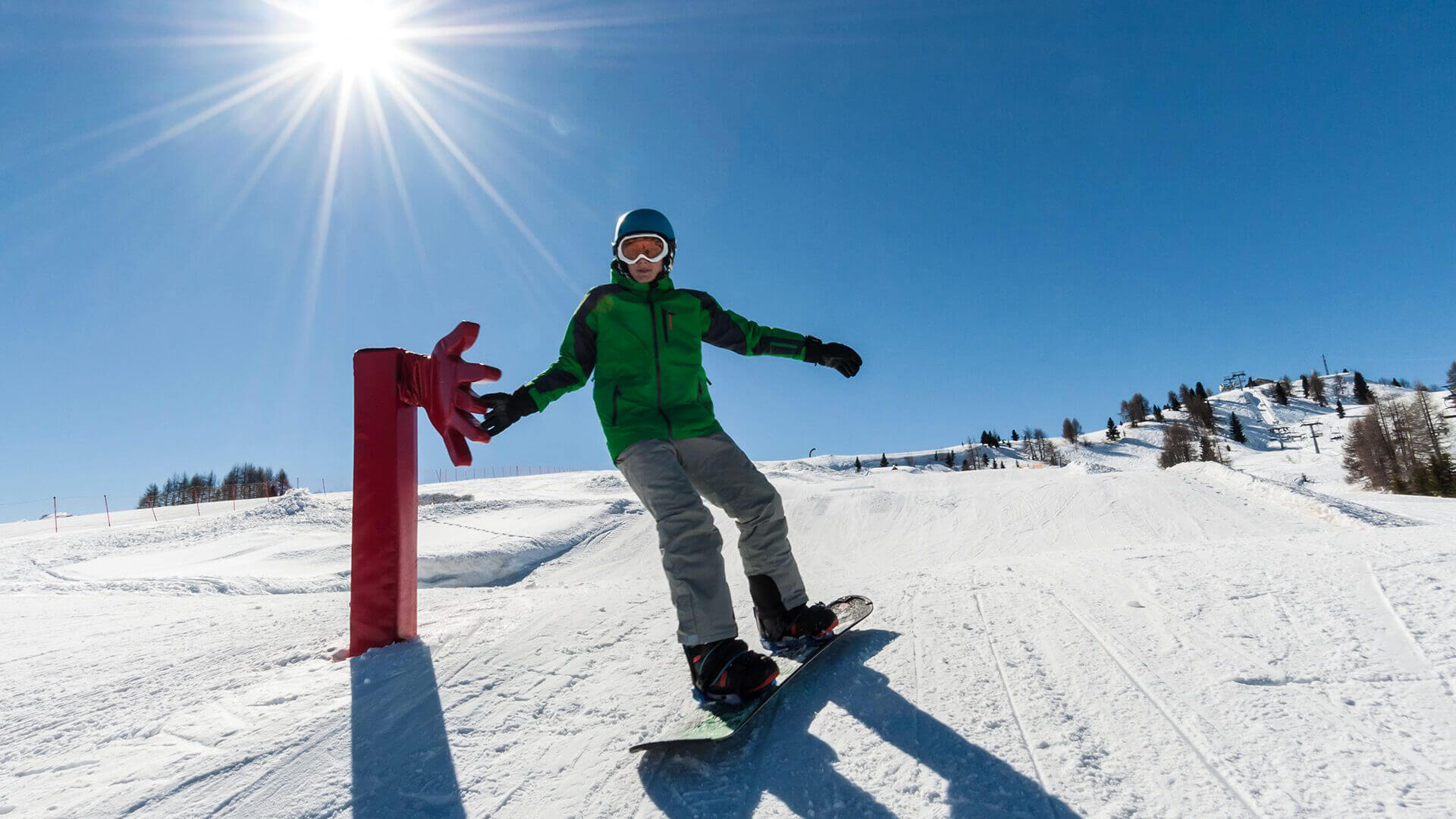 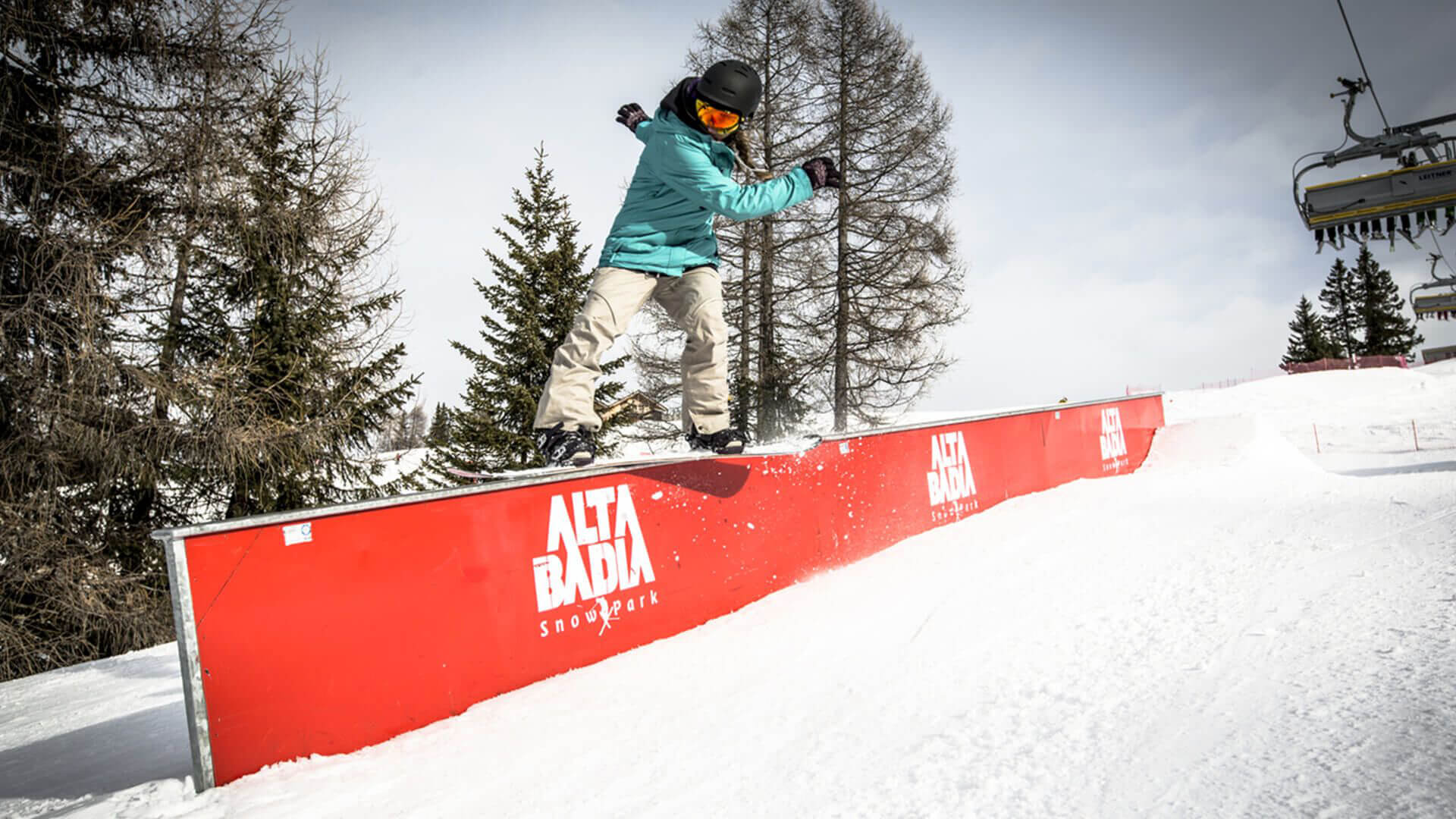 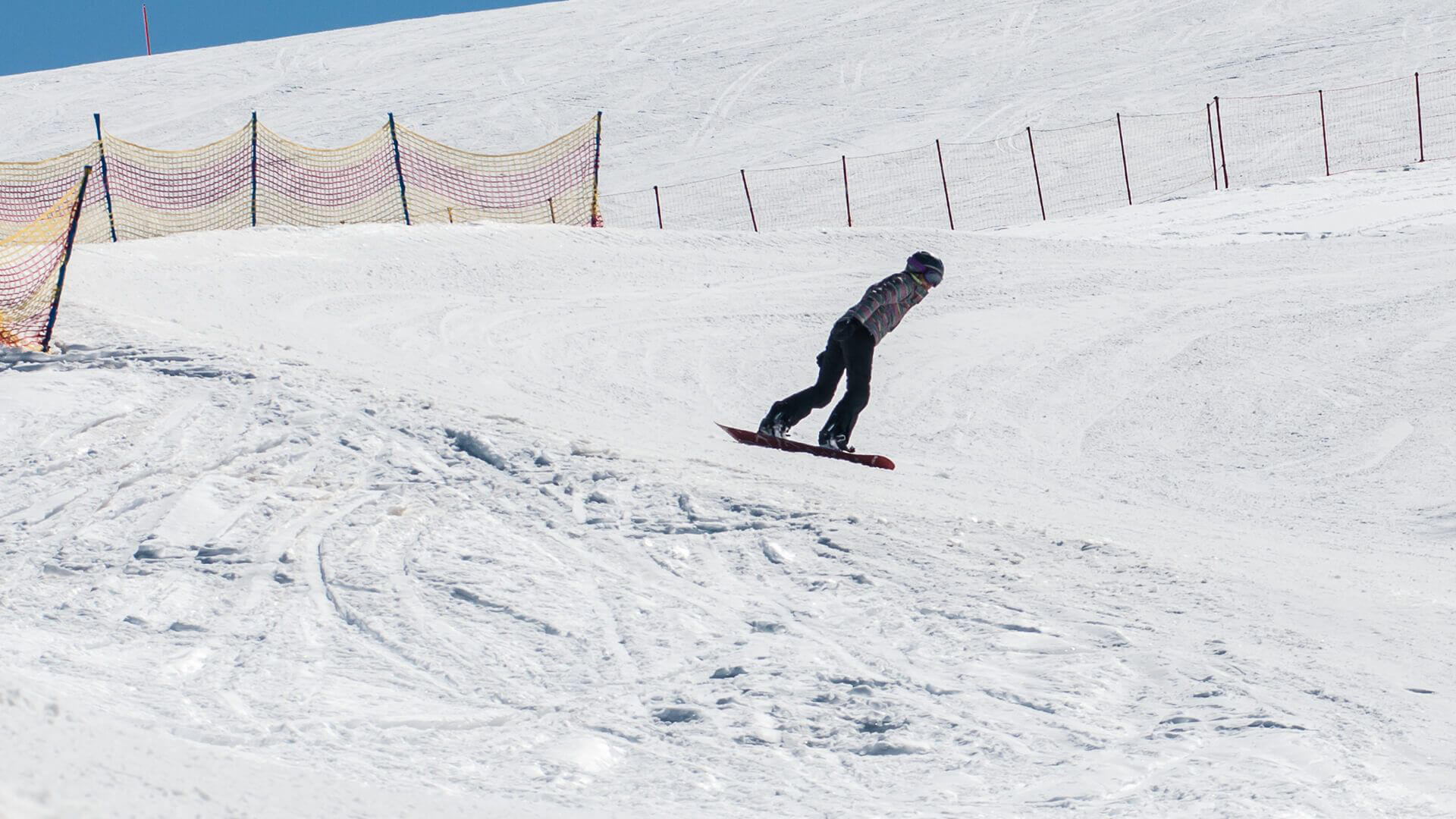 
Snowboarding, invented in the sixties in the United States, is now a sport on a level with alpine skiing, practiced especially by younger people for its versatility: it can be done both on piste and off piste, both at speed and to perform freestyle stunts.

Snowboarding is divided into two main categories based on the type of board used. In the "hard" discipline, they use a stiff, directional board and boots similar to ski boots and practice on well-groomed slopes. In "soft" snowboarding, they use a twin tip board that's shorter and softer than in the "hard" discipline and is rounded and curved upward at both ends; the boots are also softer and more flexible, making it easily perform manoeuvres such as jumps and somersaults or to ski off-piste, even where there is lots of fresh snow. In addition, there are two different ways of skiing with a snowboard, called "regular" and "goofy"; in the first stance, you ski with your left foot in front, the second stance with your right foot in front.

Snowboarders will find plenty to get their teeth into in the Movimënt area: the Alta Badia Snowpark, one of the largest and best-equipped at the national and European level, will put even the most experienced and fearless snowboarders to the test!