THE GIGANT OF ALTA BADIA 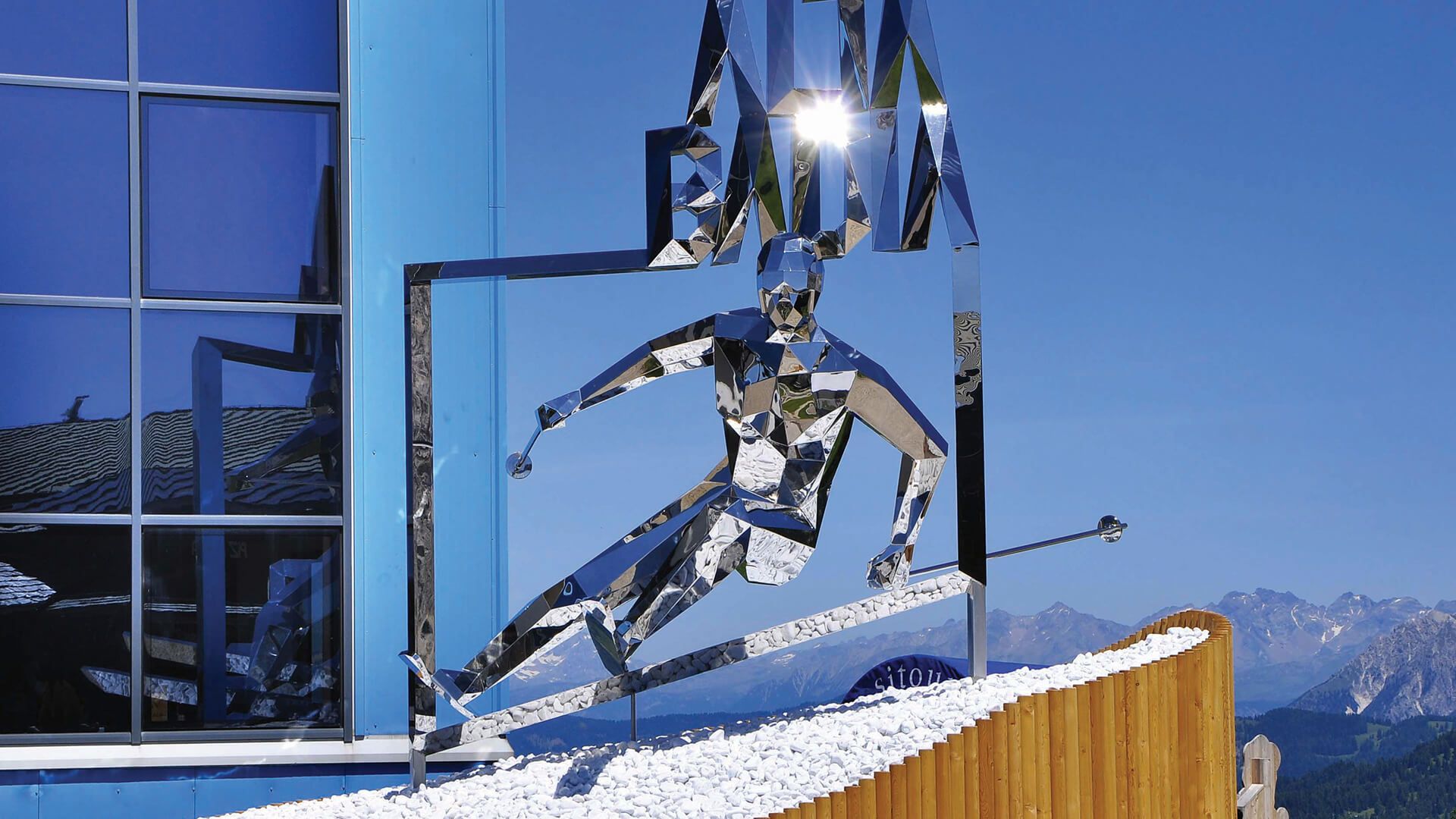 THE GIGANT OF ALTA BADIA

This summer at Piz La Ila you may want to a take souvenier photo beside a large sculpture referred to as the GIGANT in the local Romance language of the South Tyrol. This artistic work by Daniele Basso celebrates the 30th anniversary of the Alta Badia Alpine Skiing World Cup event held on the legendary Gran Risa slope.

Here a thought of Daniele Basso:

"A GIGANT, just like those who give priority to a particular passion rather than personal interest… and those who believe in the power of their dreams and make them come true! When I was a child this is what I learned about the Ladin people of the South Tyrol. They are very proud and in the valleys where they live they knew exactly how to enchant the world with the Alpine-Skiing World Cup ‘Giant' ever since the first competitions were held in 1985.

When Andy Varallo and I imagined offering this gift to the area and presented the project to the entire Organisation Committee and its President Marcello Varallo, the idea was to thank everyone. Absolutely everyone. For their collective effort and the months of preparation which finally result in an annual festivity lasting for just a few, intense and very exciting days.

A ‘GIGANT', just like all of the volunteers who over the years have supported the initiative and, basically, like all of us who find the strength to follow our dreams every day."

Take a picture with the Gigant at the upper station of Piz La Ila and share it with the hashtag #gigant!