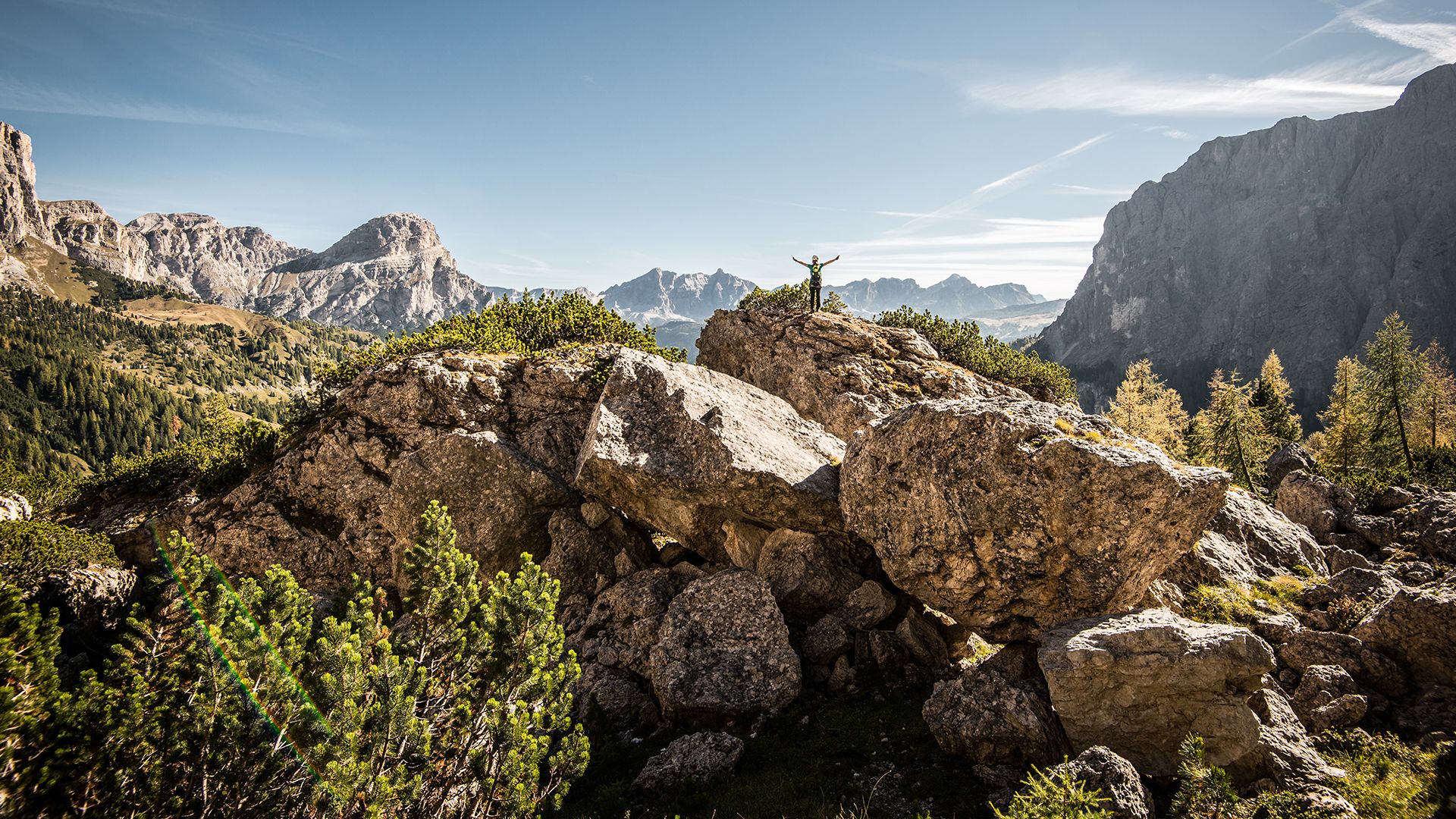 Alta Badia, one of four valleys surrounding the Sella massif and one of five Ladin valleys, is the area, which includes the tiny mountain villages of Corvara, La Villa, San Cassiano, Colfosco, Badia and La Val, all just a few kilometres from one another.

Considered one of the main tourist areas in the Alpine region, it stands out not only for its breathtaking views of the Dolomites, a UNESCO World Heritage site, but also for its uncontaminated nature, excellent welcome and top quality cuisine, which has succeeded in blending traditional dishes with today's modern tastes.

With 130 km of ski runs and modern ski lifts, Alta Badia is a favourite destination for skiers from all over the world. Not only are the slopes of Alta Badia part of the Dolomiti Superski, the world's largest ski circuit, they are directly linked to Sella Ronda, one of the most appreciated circuits by expert and amateur skiers alike.

In the summer, high level or valley walks immersed in nature and modern infrastructures allow you to take part in all types of sport whatever your age. The ski lifts and high refuges are also open during the summer season, so if you're less inclined to take part in sports, you can still enjoy the mountains to the full.

The inhabitants of Val Badia are an ethic minority with "Ladin" as their official language. Today, approximately 90% of the population of Alta Badia continue to consider Ladin as their mother tongue. Ladin culture and tradition has Rhaeto-Romance roots, as does Italian, Spanish and Catalan and is among the oldest in Europe and in the world. The valley has three official languages and all signs are written in Ladin, German and Italian.

The Movimënt area, in the heart of Alta Badia, is a magical place in summer and winter, giving you unforgettable moments to enjoy sport and relax.