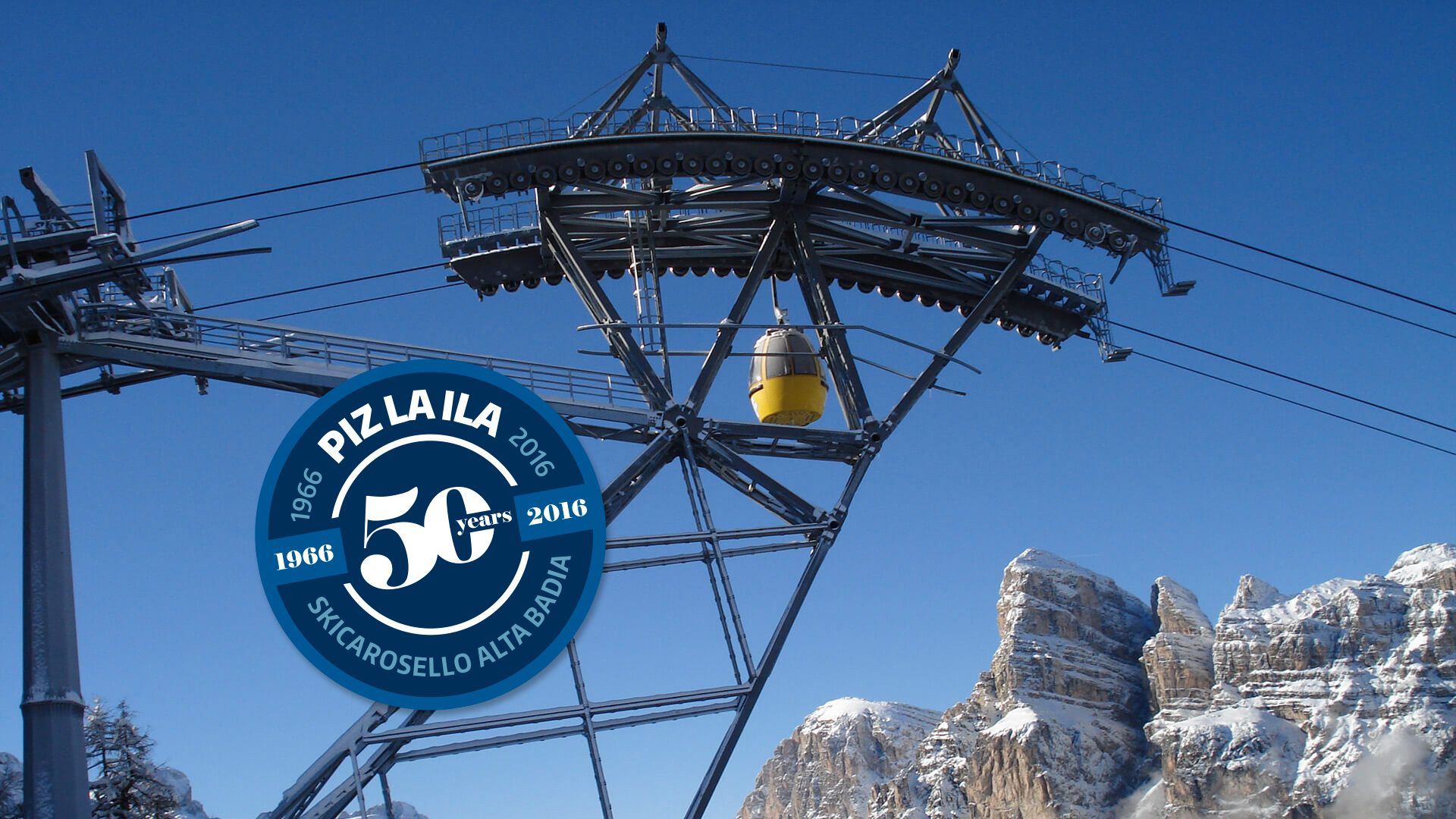 It is now 50 years since the construction of the first basket lift of Piz La Ila, which connected the village of La Villa with the eponymous hill at 2,100 m above sea level.

The basket lift built in 1966, a kind of cable car with many baskets that could hold a maximum of 2 people, was the first ski lift of La Villa and climbed in a somewhat accentuated way to get to the top of the Piz La Ila. Each "basket" was colored differently. The hourly capacity of this basket lift was of 402 people and the climb lasted about 16 minutes and a
half. In 1981, after a major restructuring of the valley and mountain stations, as well as the pylons along the distance, the basket lift gave way to a more modern cable car, made by two large cabins that could carry up to 1.160 people in a few minutes from downstream to upstream. The two cabins were alternated, when one was in the valley, the other was at the mountain station.

In 1991, the two cabins were replaced with new models and functioned until 2002, when the cable car gave way to the current one.
The actual gondola exploits the foundations built in 1981, to burden no further the natural aesthetics of the landscape. The cabins of the cable car, all yellow, are 34 in total and carry up to 15 people each. The current hourly capacity is 2,200 persons and the ascent takes about 5 and a half minutes.
The construction of the Piz La Ila also led to the birth of the Gran Risa slope, one of the most exciting black runs in the Alps. It then became, since 1985, protagonist of one of the most famous Ski World Cup races in the discipline of the men's giant slalom.